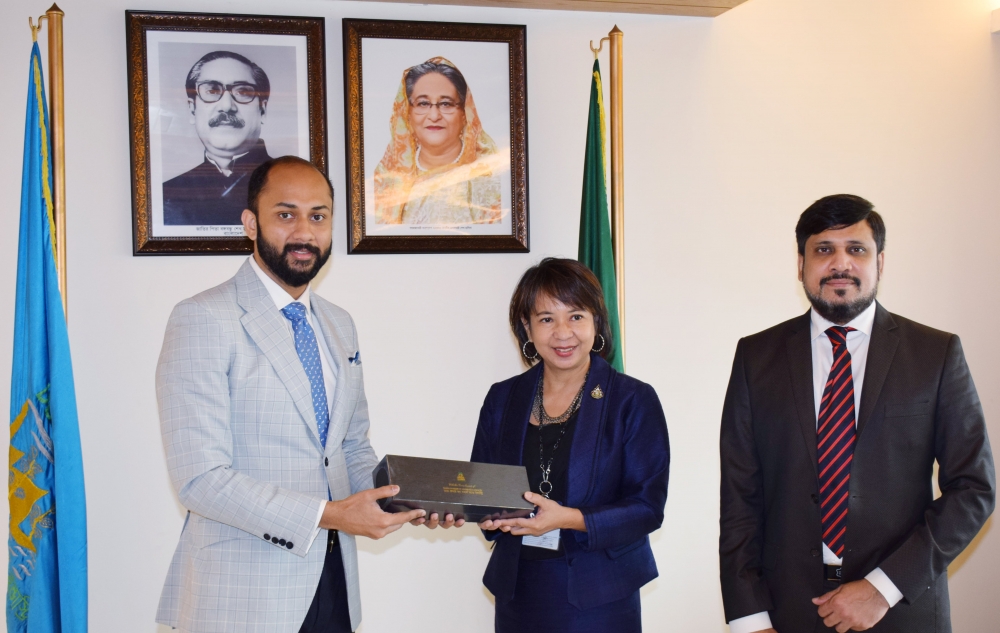 During the meeting, DCCI President Rizwan Rahman said that the bilateral trade between Bangladesh and Thailand reached USD837.06 million in 2019-20. Bangladesh’s total export to Thailand was only USD35.46 million whereas import from Thailand was USD801.3 million in 2020. Export from Bangladesh experienced an upward trend in 2021 as it reached USD39 million from USD35.46 million of 2020. In terms of FDI stock in Bangladesh, Thailand is the 15th largest investor in this country but there are huge untapped opportunities for Thai investors especially in the areas of infrastructure, automotive & light engineering, agro and food processing and tourism and health services, said Rizwan Rahman. He also requested the Ambassador to relocate Thai labour intensive industries to Bangladesh. He further said that bilateral FTA or PTA would facilitate increasing trade and investment. He later urged upon for direct port connectivity between Chittagong and Ranong sea ports for boosting existing trade.

Ms. Makawadee Sumitmor, Ambassador of Thailand in Dhaka said that still there is a trade gap between these two friendly countries. She also said that expansion of India-Myanmar-Thailand trilateral route will boost trade in this region, she said. She also informed that next year Thai Embassy in Dhaka will organize a road show to celebrate the diplomatic relation of 50 year between Bangladesh and Thailand. She also said that as the Covid cases are relatively coming down, Thai government is planning to open the country step by step and by next two months it will be possible to open fully.