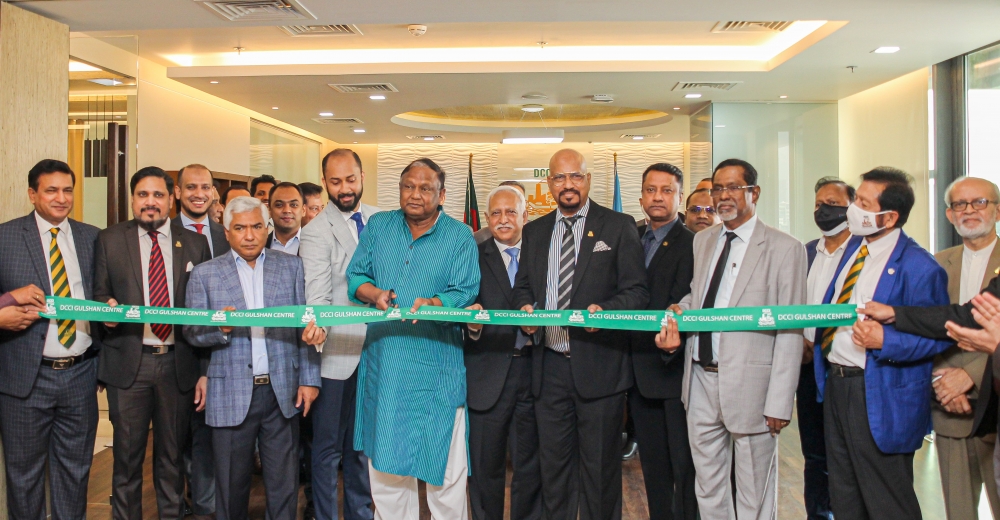 DCCI President Rizwan Rahman said that the main objective of establishing DCCI Gulshan Centre (own office space) is to provide wide ranging and faster membership services as well as disseminating business information to the business community. During the occasion, he said that currently the business community is working hand in hand and in future this bondage needs to be strengthened. He said SMEs are the lifeline of our economy and to face the upcoming challenges of LDC graduation and economic growth we need to facilitate this sector.

During the opening of “DCCI Gulshan Centre” Commerce Minister Tipu Munshi, MP said the entire business community of the country have to work jointly to achieve the vision 2041. He said that Bangladesh’s economy is an agro-based economy and we need to give emphasis on this sector including diversification. Moreover we need to strengthen our SMEs for better expansion of our economy. The Commerce Minister also emphasized to work more to do better in all business indices to be competitive in the international market. He said that the new extension of DCCI (DCCI Gulshan Centre) in north side of the city is a reflection of its strength and he hoped that DCCI will be able to serve the business community more in the days to come.

FBCCI President Md. Jashim Uddin, said that Bangladesh still lags behind in the logistic sector, but it is necessary to prioritize the logistic sector to attract FDI. He said that removing traffic congestion in the Dhaka-Chittagong highway and ensuring faster services at the sea ports will help boost the economy. He also sought cooperation from Ministry of Commerce to strengthen Chamber bodies and sectoral Associations. In order to achieve the goal of becoming a developed country and face the challenges of LDC graduation we have to give more focus on different promising business sectors. He hoped that DCCI Gulshan Centre will extend better services not only to its own members but also to the overall business community.